What is this conference about? Do you want to take things to the next level? Is your hard work not getting you where you need to go? That’s why we’re here – how can your writing make you money.

“I’ve talked in the past about how I wanted to create an income of $50k a year by having a backlist of 20 books. I came up with this number because I noticed after the first few days of selling my first book, I was averaging about $7.50 a day in income. At that number ($7.50 a day for each of the 20 books) I’d make $54k. You only need $36k to enjoy a very nice retirement in Cabo San Lucas. That was my goal.” Michael Anderle

Michael started the Facebook group of that name in March of 2016. People trickled in slowly, and then faster they came. People left and new people arrived. Everyone contributed in some way, but always, the premise was that there was more than one way up the mountain.

That’s it. That’s what it’s all about. A billion readers in English and you need five of them every day to buy each of your $2.99 books. And you can retire to Cabo San Lucas. Self publishing is a mountain with a plateau at $50k. But the mountain is infinitely high and there are an infinite number of ways to climb it.

What this group has accomplished is nothing short of amazing. I was one of the first 50 people to join the 20Books group in March of last year. I didn’t know anything, but I listened and asked questions, and I shared what did and didn’t work for me. I worked hard to learn the business of writing.

The higher you climb up the mountain, the greater the demands on your time. The more you write, the easier it is to write, but then the more you commit to. The more you give back in other ways.

20Booksto50k conferences are one way where many of the most successful indie authors can give back, while still learning new things. They have their agendas, but the overall belief is that we can continue climbing the mountain, no matter where we are on our journey. Sometimes we can make more money by controlling costs, sometimes we need to spend more money to reach that next level. ROI. KDP. Wide. NLs. All that stuff and more. Pick and choose what will work for you. It’s a smorgasbord, not a set recipe for success.

And everyone’s definition of success is different. Know what yours is before you start on your author journey.

A rising tide floats all boats. Indies supporting indies. We are all authors first (well, 99% of us are, anyway), and we write books. We tell stories. Are we getting better with each one? Do that – implement your continuous improvement process to get better. We want you to sell more this month than you did last month.

Are you a hobby author or a professional? Professionals get paid for their work. That’s what 20booksto50k is about – you have to average $7.50/book/day. That’s it.

And so much more. It starts with the first word and you keep writing. You have to set the hook with a great cover, a blurb that is an advertisement for your book, not a synopsis. As an author, YOU are responsible for your own success.

No one else. Only you. How you manage your business is up to you. Surrounding yourself with great people is a good start. But at the end of the day, it’s you, alone with your computer, writing the words. It’s lonely, but you don’t have to be alone.

What a wealth of knowledge that Michael Anderle and the 20booksto50k premise brings, and you can access it all for free, but you have to invest the time.

The author business is hard. Not everyone can handle a full-time writing career. Nothing will be handed to you. I’ve worked 70-80 hours a week for the past two years! One hundred and four weeks’ worth of that. Because it is the most rewarding work I’ve ever done. I tell stories, and people like my stories. Each book is better than the last. I get great feedback. I listen. I improve. I am learning to market because I want 100,000 readers waiting for my next book.

Going full-time may be your goal. Can you get there? Only you can know that. Even if it’s only one book a year. John Grisham started that way, and he does okay for himself. Find quality people to give you feedback and work hard at the right things. Whether full-time or part-time, know your personal definition of success, and stay on your path to achieve it.

You work alone, but you are not alone.

In London, we have a variety of guest speakers who will touch on topics that matter to self-published authors. Listen closely and ask good questions. We have long breaks built in because mingling and talking with your peers is one of the primary draws of this show. Watch, listen, and engage.

Are you ready to climb to the next level?

20Books London – where you’ll experience the best that this fine group has to offer. From presentations to networking to casual conversations, Runnymede-on-Thames  is the place to be on February 3-4, 2018.

Craig Martelle – your host for the 20Books London conference

Retired Marine, lawyer, and recluse Alaskan who breaks free from his sub-Arctic shell every now and then to meet with his favorite people – fellow authors! Craig writes science fiction, mostly with a post-apocalyptic slant. Craig hit the $50k mark with his 19th book, without a single breakout title, although he’s had a number of books wear Amazon’s bestseller tag, albeit briefly. He calls himself the blue collar author and claims that quantity has a quality all its own. Craig has an extensive back list and a growing group of fans. At least that’s what he tells himself. The most important thing we can do as authors is give back in some way, whether through social lessons in our prose or helping others reach the next level in their journey as professional authors.

Andrew has always been a creative and has enjoyed art from as early as he can remember. Creative writing has been a part of his life for many years, as he enjoyed writing plots and stories for the various RPG games he played with friends as a teenager, and creating stories within his English classes at school.Following his education, Andrew eventually found work as a Freelance, and then in-house artist, while also pursuing a side career in wedding Photography before returning to full time freelance work. In 2013, Andrew chose to pursue a more creative direction with his work, mixing his Photography and Illustration skills to focus on Composite Images.
Around the same time, Andrew also published his first Novel. But it wasn’t until 2016 that Andrew started write every day. In the meantime, after getting involved in the Author community, Andrew started to work as a Cover Artist for other Authors.Today, Andrew mainly splits his time between writing his own books, and his Book Cover work, with plans for many books and series to come.

With Zero experience in Indie Publishing (and practically zero experience writing a novel) Michael has surprised both himself, his readers and the pundits that wish he would shut the hell up about his opinions.

Basically, because he chose to do things differently and those ideas had the audacity to work.

Now, a year and a half later, Michael is spending a lot of time on the Amazon’s top 100 Authors list for total sales. Many of his personal books, and those he has collaborated with open to top 100 and / or BestSelling status in many competitive genre’s including Science Fiction Apocalyptic & Dystopian, Science Fiction Space Opera, Science Fiction Genetics, Paranormal Vampires / Werewolves, YA Fantasy and Horror.

Soon, he will be releasing  books in new genres, testing the truth of some more rules we all accept to be true and seeing if he can create an additional universe.

Mark Dawson is a best-selling author of thrillers with his John Milton, Beatrix and Isabella Rose books. He is also the founder of the Self Publishing Formula, a site offering free and paid education for authors who want to market their books and reach more readers. 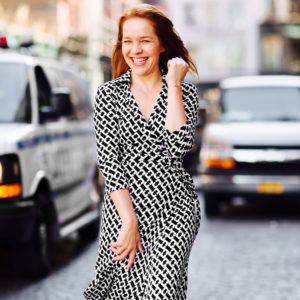 Faleena Hopkins is on a mission to help you make your dreams come true. A living example, she took her writing income from $600 in Jan. 2016 to $20K by Nov. 2016 by pushing her demons out and allowing inspiration in. Bestselling author of Cocker Brothers, The Cocky Series, but she won’t be talking about romance in London. She’ll be telling you how she clawed her way out of the hole and up the mountain, so you’ll discover that it’s possible for you to have anything you truly want, too. Ready for some inspirational strategies?

Michael Cooper likes to think of himself as a jack of all trades (and hopes to become master of a few). When not writing he can be found writing software, working in his shop at his latest carpentry project, or likely reading a book. He shares his home with a precocious young girl, his wonderful wife (who also writes), two cats, a never-ending list of things he would like to build, and ideas…

A Canadian spending summers in the Rockies and winters anywhere that it’s not minus freeze-your-brains-out, Abby’s life has transformed from one of corporate employee in 2015 to one of a full-time transient writer. Having harboured the dream of writing her entire life, and unsure what to do after quitting her job and moving to Italy, learning how much Amazon had transformed the book market made the decision for her. It was time to be an author. There has been no looking back.

When not practicing hobbies which include sailing, constructing medieval armor, and swinging swords at his friends, USA Today bestselling author Kevin McLaughlin can usually be found in his Boston home, writing the next book. Kevin’s award-winning science fiction and fantasy stories continue to thrill readers.

Barry Hutchison – Moving from Traditional Publishing to Self Publishing

Derek Murphy is a book designer with a Ph.D. in Literature, and the author of Guerrilla Publishing. He’s been featured on CNN for running a writing retreat in a castle for Nanowrimo. These days he mostly writes young adult fantasy and science fiction, while helping authors build profitable publishing platforms.

Ricardo Fayet – co-founder of Reedsy will talk Going Wide as part of a panel discussion with D2D, Kobo, and others 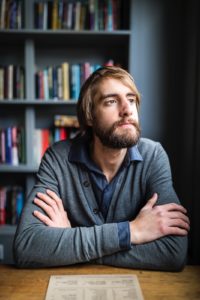 Ricardo Fayet is one of the founders of Reedsy, an online marketplace connecting authors with the world’s top editors, designers and book marketers. He likes to imagine how small players will shape the future of publishing, and is the author of several free courses for authors as part of Reedsy Learning.

As part of your registration the following will be provided.

– An endless supply of tea & coffee

Sessions will cover the following

Using data in marketing and what will you make tomorrow? by Michael Cooper 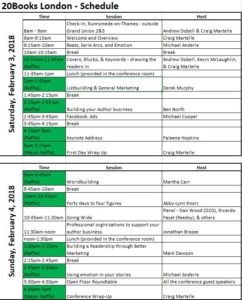 Fill out my online form.
Please add craig@craigmartelle (dot) com to your email contact list as your conference email updates will come from that (my) email address. I use MailChimp so it could be sent to your circular file if you aren’t expecting it. Updates are key for schedule updates, guest speaker updates, bonus raffles & prizes. All kinds of great reasons to get the conference updates. Your email address will not be added to any other newsletter lists or shared with anyone else in any way.
If you need to stay in London and want to stay at the venue, here is the contact information. You can make reservations online – we have no requirement for anyone to stay at the venue, but just in case – the room rate is 148 pounds/night (one bed, single occupancy, includes VAT, or 180 pounds twin/double occupancy).
The Runnymede on Thames
Windsor Road
Egham, ENG TW20 0AG
United Kingdom
44-1784-220600
44-1784-436340 (Fax)
info@therunnymede.co.uk